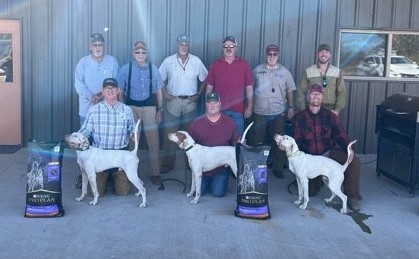 The Oil Capital Field Trial Club held their fall trial October 21-23. Surprisingly with the economy the way it is, we drew 54 dogs for the weekend. This is the largest number we have had in a while for our weekend trial. With any trial nothing ever seems to go smooth when you are relying on mother nature as well as other variables. Oklahoma as well as the whole Midwest has been in a serious drought. This of course affected scenting conditions as well the 40 mile per hour wind gusts that we sustained during our trial. With those winds on Sunday our roof on some of our horse stalls were damaged considerably. Not only that but our judges had to leave early for unforeseen circumstances as well as 3 people having horse accidents. Two of those people had to go to the hospital. I attributed the horse misfortunes to extremely slick grass because of lack of rain.

Many thanks to our gracious hosts, Kay Ingersoll and her daughters Windy and Joletta for offering their ranch for all these years. The ranch has been the home of the Oil Capital, Oklahoma Championship, Inola Open, Oklahoma Shooting Dog Championship. And for many years the Quail Futurity.

Thanks goes out to the Nestle Purina for sponsoring dog food to the winners in each stake and to Barry Moore for chairing this event.
Also thank you judges Dr. Jim Mills, Allen Vincent, John Humphrey, Bob Barker and Steve Auxier for judging.

Unfortunately, all placements were considered on race because of such horrible scenting conditions because of the wind and drought with an exception to a Red Setter that first brace on Sunday morning in the shooting dog stake. The dog was Come Back Delta Dawn owned by Kelli Aitken and handled by her husband. She had a nice race and was on point with exquisite style as birds were getting up in front of her. 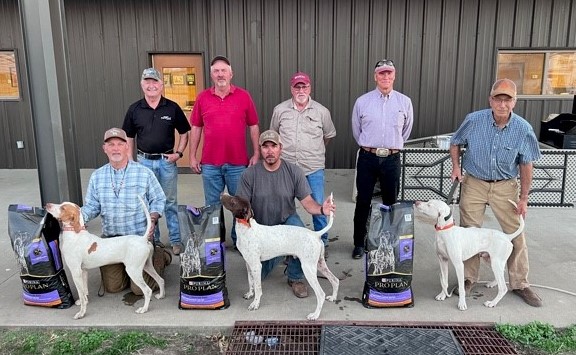 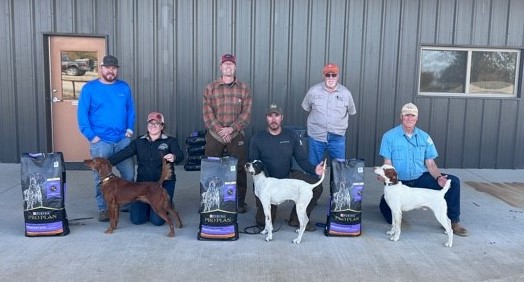 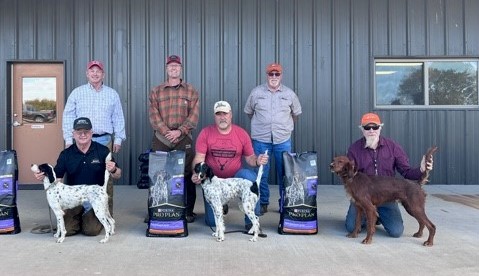