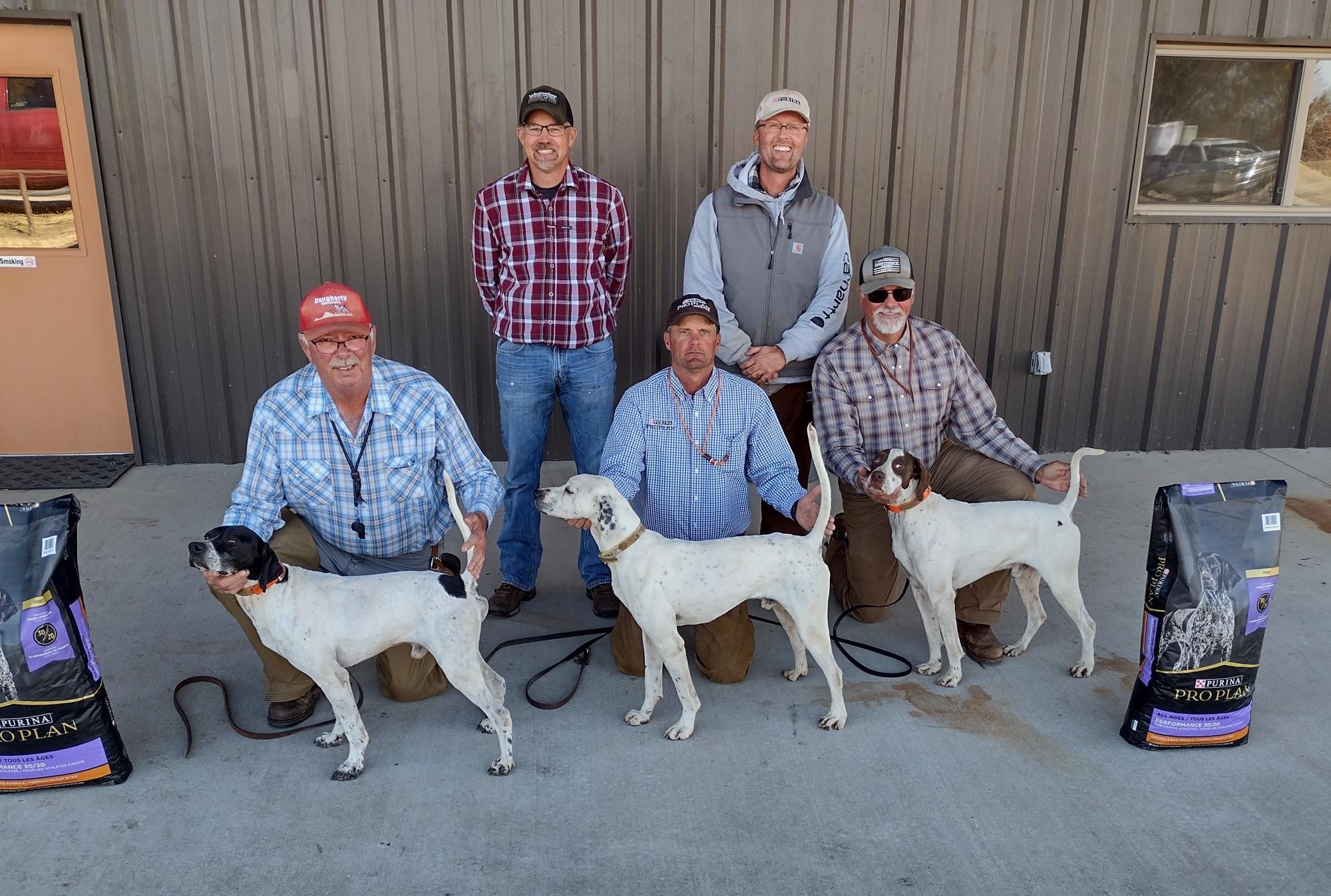 We drew 30 dogs but git started late after couple days of much needed rain. We were in bad drought condition and needed this rain. It was very welcome, but a after the delay we did get going bird finding was tough but we found enough to place all dog's on birds with some to spare.

The judges seen some great performances and picked some very nice dogs. I wish to thank Purina without their sponsorship. We might not get to have these trials. They did a great job.
Thanks to Barry Moore and Bob Barker for their help here are the winners. 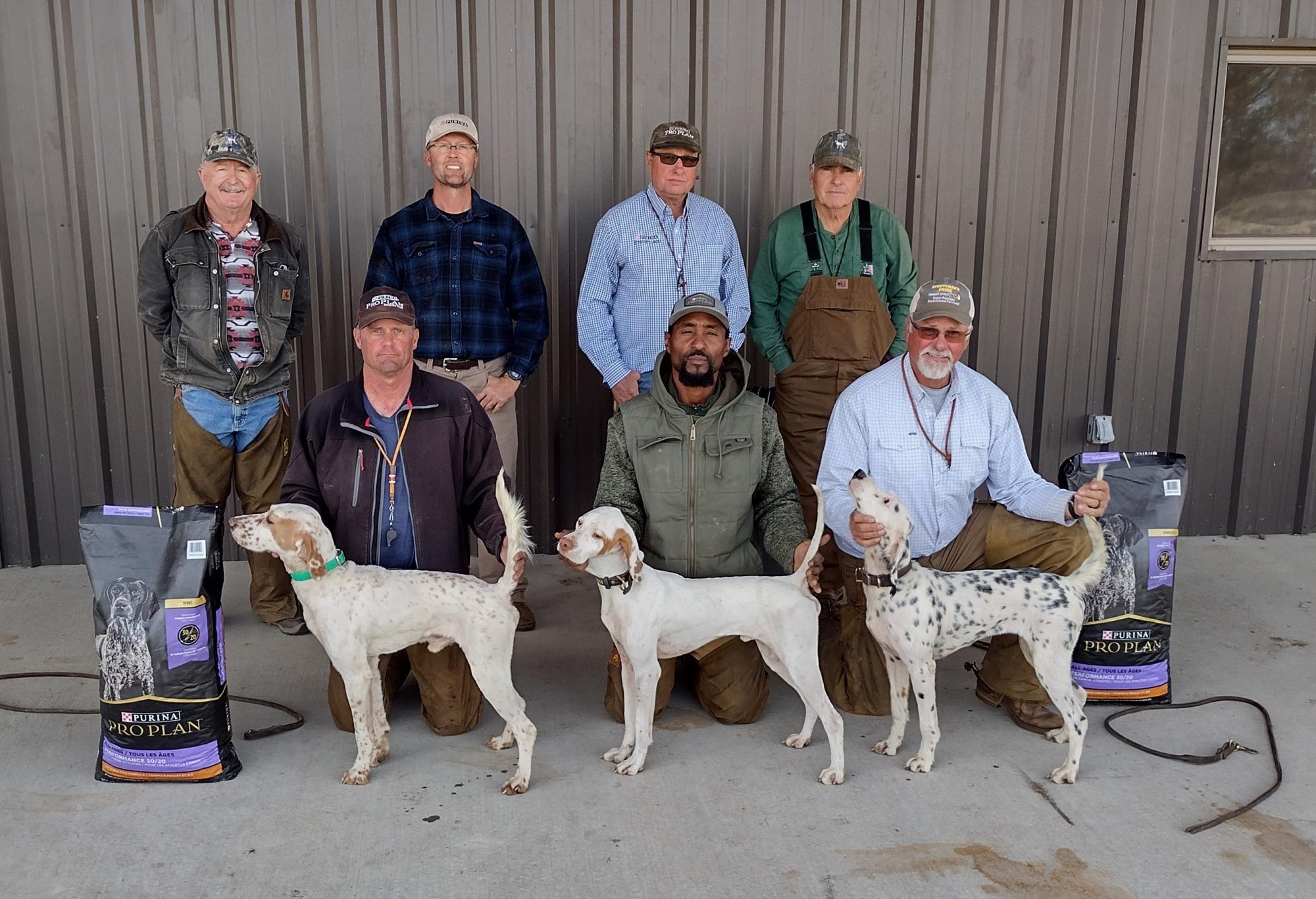