When we got started after two-day delay of Inola Open. We had clear sky nice temperatures. We drew 28 dogs. All very competitive. We had great handlers.

We knew going in bird finding was going to be tough but we did find some birds. It was a good trial and all placements were on birds, plus some extra.
We wish to thank Purina for their continuous support for which trials like these wouldn't survive.
Greg Blair does a great job with them and is a good asset. I also wish to thank two people who helped in this trial, Bob Barker, Barry Moore, John Humphries it really turned out good.
Congratulations to the winners.

Champion Lowrider Frank (Vincent) has won on these grounds before, he also placed in Inola Open All-Age. He put on a great performance in all-age style. Running to the front handling very good while collecting 4 well-spaced finds all handled with style and great manners. This is what earned him the Championship. 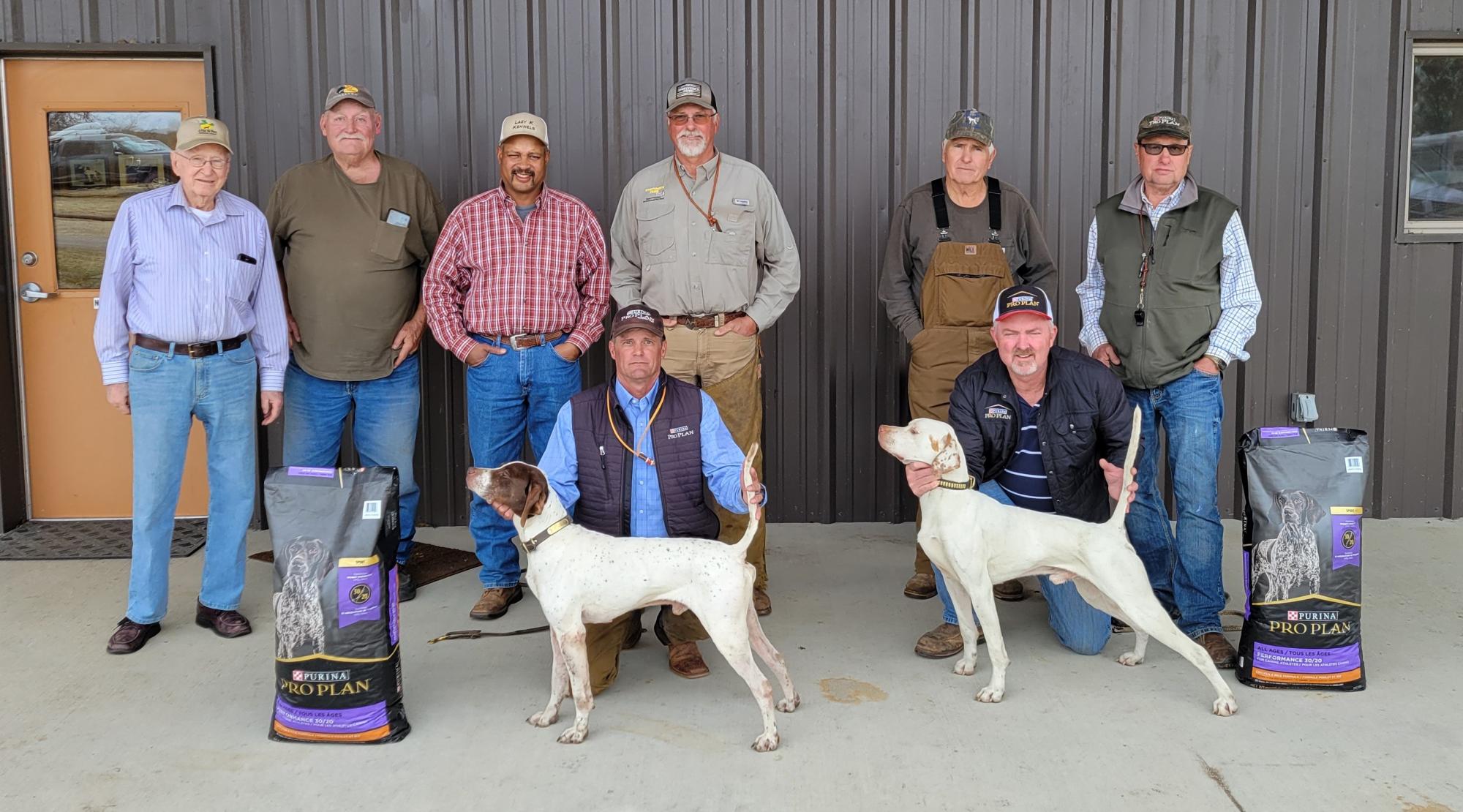