The English Setter Club of America ran its annual Labor Day trial on Friday September 2 and concluded Sunday, September 4. Bob Brooks again chaired this event and did an excellent job with help from Co- Chair Karen Lordi, and Norm Basilone, Matt Basilone and others working in the background.

The club wants to thank everyone that helped with the trial, since it would not be a success without the people involved. Especially the great food served at the barbeque Saturday night by our grill-master, Joe Cincotta, with help from many others who pitched in where needed.
We also like to thank our bird planters, runners and those who kept the outside moving Bob Brooks and Matt Basilone and others.

Again, this year, we like to thank Greg Blair and Purina who supported our trial with dog food for the winners. Their support always makes trials and added bonus for all who participate.

The Amateur All-Age started things off Sunday morning. Navajo Cody, pointer male, owned by Camille Masiello and Sal Morelli and handled by Joe Lordi, took the first-place ribbon. Cody ran an excellent all-age race to the front and scored on several stylish and mature stands on quail. David Creagan ably showed off his setter female, Hoos English Ivy, to a second-place finish. She scored stylishly twice, a back of bracemate and a big forward race. A job well done. Hightailing Maggie was third. She ran a good race of her own with one real nice stand on quail.

The Amateur Restricted Shooting Dog was also contested Sunday. Fork River's Lucky Charm, setter male, took first in the stake. This was his second placement of the weekend. Reggie had a good race, of which was very stylish running and on point. He scored with one well mannerly and polished find. Second went to Triple Nickel Carbon Copy, pointer male owned by Bob and Linda Bergen of Vineland, N. J. He ran an excellent wide forward race with nice bird work to gain the nod this day. Both dogs were artfully handled by Marcus Ramseur of Newfield, N. J. 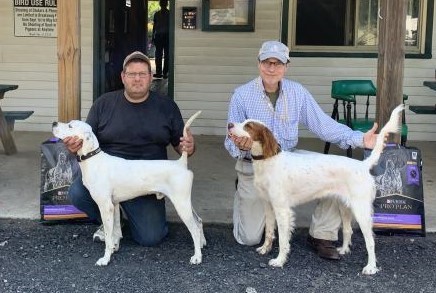 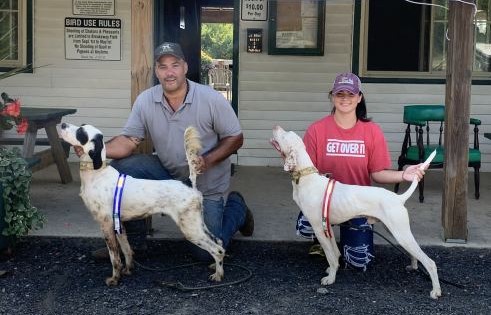 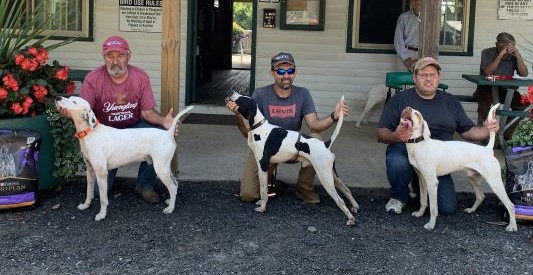