The Northern New Hampshire Bird Dog Club held another successful renewal of its spring trial on our Phillips Brook grounds, as always on the last full weekend in April. We have run this event every year since 1989. (except the Covid year of 2020). We have had 6 different venues but this one since 2000.We drew just under 80 dogs for the full two day, nine stake event. I want to say "Thank You" to the 18 judges who gave up their time, and efforts to help make this trial a well organized and fun event!

Tony Bly was the stake manager and did a great job keeping everyone on the line and on time! I also need to thank Deb Kennedy for chasing down all the essential date information, a thankless duty! The weather was good and the birds plentiful! We did point a few grouse and woodcock on the grounds, of course in addition to the released quail.
I want to 'Thank" the well over 20 handlers who came from all over New England and New York to support our spring trial. Especially the "first timers", we welcome you all! 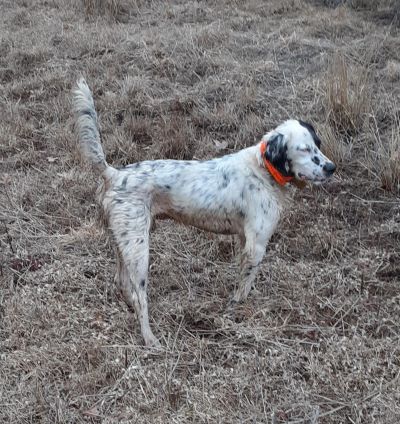